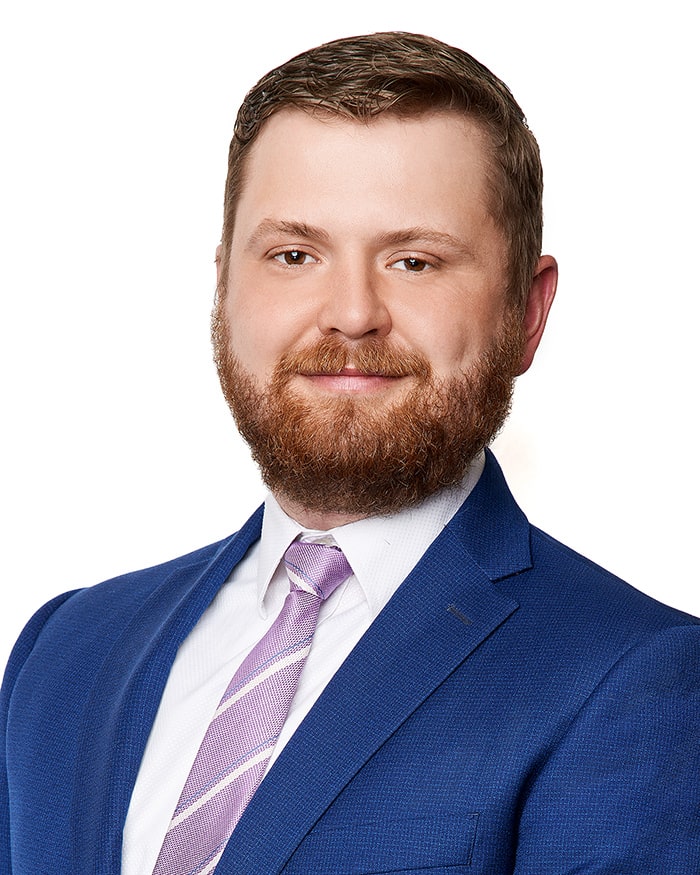 Jesse Dunning is a dedicated litigator, whose areas of practice include employment/human rights law, estate litigation, and general litigation.  As part of his employment law practice, Jesse assists both businesses and employees with terminations, employment contracts, discrimination complaints and all manner of other employment issues.

In his estate practice, Jesse helps estates, beneficiaries and disinherited individuals with litigation issues arising from disputed estates, whether these are claims to vary a will, dispute the capacity of an executor, or recover funds wrongfully removed from an Estate.

Jesse’s general litigation practice includes a variety of matters, including contract issues, business disputes, and personal injury claims, but he is happy to deal with any area of law which lets him get into court and solve problems for his clients.

Jesse was born in Cambridge, England, but it is Abbotsford, British Columbia where he grew up and calls home. He graduated as Valedictorian of Trinity Western University with a Political Studies degree in 2009. After graduation, he worked as a correspondence writer in the Office of the Prime Minister in Ottawa, Ontario, before returning to Law School at the University of British Columbia in 2010. Jesse graduated from UBC with a Juris Doctor in 2013, and has been a proud member of the BC Bar since 2014. Following his graduation, Jesse cut his teeth at a mid-sized full-service law firm in the Fraser Valley. Jesse joined Kane Shannon Weiler LLP as a litigation associate in 2017.

Considering he thought he wanted to be a solicitor for the longest time, it came as much of a surprise to Jesse as to anyone else when he discovered that he has a passion for litigation. When he is not busy fighting the good fight for his clients, Jesse enjoys spending time with his wife and children (preferably outdoors), weightlifting, and writing stories, surprisingly few of which have anything to do with being a lawyer. He is also active in his community and church.

Media from or with
JESSE DUNNING
No items found.
Load More

Jesse Dunning of KSW was very helpful and professional. The expertise and advise given were on point. I did not have any negative experience what so ever and my case was negotiated to fair settlement. I highly recomend Jesse and KSW for your legal needs.

As a small business owner I know that there is a lot that I don't know around the legalities of running a business. So I was pleased that Jesse Dunning had advised me that I needed a particular kind of contract drawn up. During the interview process where I was asked questions to create the contract, I could see the wisdom of what we were doing. He addressed all my questions and presented the contract in a timely manner. The contract that he wrote up for me has been through a couple of subsequent professionals who have commented on it's solidity, and also on the wisdom and foresight that I had in drawing this contract up in the first place. I've been so pleased to say that it really wasn't me, it was my legal quarterback team.